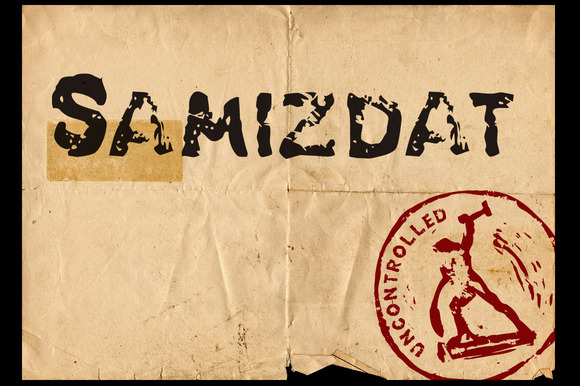 I just published an essay I’ve written considerable time ago here on this website. Here’s what the text is about, and why I put it on my page in the first place:

Academic circles are surprisingly limited; once you have settled into a certain discipline, you usually encounter the same group of people over and over again: greeting them at conferences, reading their latest publications, writing them e-mails, arguing with them at university bodies, and maybe even competing against them in job interviews.

This often results in a collegiate and mostly cooperative atmosphere where criticism is served with silver spoons. So, when I here offer a criticism of a process for which some colleagues are responsible, the above disclaimer should make clear the dimension of the disappointing experience connected with it. The process in question is a publication, or, better said: the plans for a publication that finally never materialised.

The publication was based on the very first paper I delivered at a conference: From 20 to 23 September 2010 I was invited to the Eight International Summer School of the Graduate Centre at the University of Leipzig. At that point of time, I had been working on my PhD-topic for roughly one year, dived into the basic literature, and was extremely happy to be offered the opportunity to test some of my initial ideas at such an event.

In the aftermath of the conference, in February 2011, an invitation to participate in a conference volume was sent out by the organising professor, I responded affirmatively, was accepted, and sent in my text within the deadline given by the editors. That was in June 2011, and since then I have only heard of the editors again when I explicitly contacted them, asking about the progress of the publication.

I sent out such an e-mail roughly once every year since 2011, and ever since have been hearing that the essays were being prepared (2012), some contributions to the volume were delayed (2013), or that due to internal factors the volume had to be mixed together with that of a later summer school (2014). I found it extremely disappointing from the editors that they did not communicate such delays and changes to the contributors, and that, when I asked about the status quo of my text (edited? changes necessary? anything?), they sent me back an earlier version, as I had voluntarily reworked my text in 2013.

While I’m quite aware that publications take some time (often years) to materalise, after three years of waiting and stubborn silence on the side of the editors, I feel that this text is just dead wood: It represents the initial state of the research on a PhD project I have already finished. That is also the reason why I did not retract it after updating it in 2013 and realising that it will probably never see the light of day with the Leipzig editors: It’s old, in spite of my effort to update it. And, seriously, my effort was quite limited, as I was not motivated at all.

In the middle of 2014, and after another request from my side, the editors told me that they’d publish in October 2014, which I found rather surprising given their past progress and the fact that I had not given my imprimatur so far (due to the fact that I had not seen a final version). Now it’s November, I haven’t heard of any publication and I’m calling it a day.

The editors so far needed almost as long at working on this volume as I needed to finish my whole PhD-project; and while I’m not exactly outraged, I feel that the way they treated the contributors (I hope I’m not the only one that has not formally retracted his article) is a shame. A shame because it seems to display a discouraging attitude towards young PhD-candidates (remember that the conference was a summer school of a grad centre) who have worked hard on their essays (as a young scholar you do not churn out articles like experienced folk, but really sweat to produce something palatable) and are then left in the cold.

The bottom line? I make this old article publicly available here on my web page, forget the whole disagreeable episode, and do my best so that the contributors for an upcoming volume I co-edit are treated in a better way.

One thought on “Samizdat… and a disappointing experience”