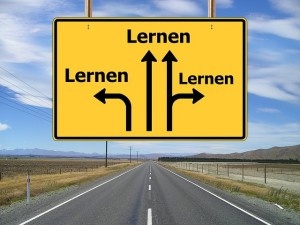 Has it really been almost half a year since I updated this blogroll? Time has been flying. Or, better said: It has been filled to the brim with work.

After ending my stint at the JFK-Institute in Berlin, I applied and was accepted as a teacher at a secondary school in Saxony. Saxon government has underpaid its teaching staff for decades, with the predictable result that many students, once they held the teacher’s degree in their hands, left for better (-paid) shores, and the state of Saxony now has opened the profession for newcomers from lateral careers. And they slightly increased the pay…

Thus, from October to March my days consisted in teaching English as a Foreign Language and German to school children of various ages. A quite demanding job, completely disconnected from my university teaching. At the university, you usually encounter motivated (young) adults with whom you engage to better understand texts, historical processes or social situations. In school, I encountered kids to whom I had to relate the basics of English and German grammar, syntax, orthography etc. It was quite a different position I filled out there, especially because grades always remained the most convincing motivation, not understanding per se. I attempted to implement another form of learning, but that was not an easy endeavour.

It also meant a lot of preparation. And “a lot” really means a lot: My work load since October has resembled that of the final days of my PhD-writing marathon, with the exception that it were not intellectual analyses I had to carve out, but organisational and motivational methods. “Classroom Management” is the common phrase, one I reject due to its objectifying undertones.

Anyway, though I really liked some aspects of that job and working with kids, other aspects weren’t to my liking, and after six months I am still not completely convinced if that is what I want to do in the future. And the long-term future it would be as Saxony offers long-term contracts, from now on even with the option of becoming a civil servant.

Thus, I decided to give all that a break (with the possibility of re-entering later on) and go once again on the job hunt in the realm of academia. I don’t know if you can call that decision masochistic or simply close-minded, but having been out of the Academic world and cycle for a while actually helped to weigh anew its benefits and pitfalls. Let’s see what the future brings!

One thought on “Teaching Duties”