Home » blog » A Spanish-Language Article is Out 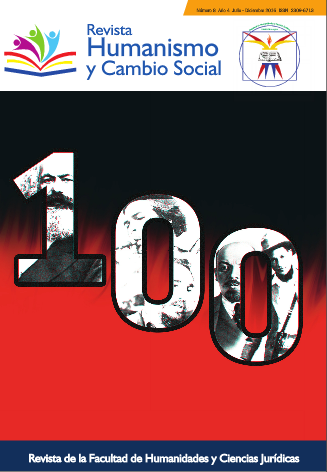 A premiere: My first Spanish-language article has just been published in the Nicaraguan journal Humanismo y Cambio Social. It is related to my PhD-research on the US filibusters in Nicaragua, analysing the transnational character of both the filibuster group (which included many Cubans and different European nationalities besides the Anglo US-Americans) and its major publication, the weekly newspaper El Nicaraguense.

My draft was written in Spanish, but obviously had to be edited by a native speaker, and whilst I appreciate many changes he has made, on several occasions he has slightly re-framed my argument (eg. labeling a person a “historian” whom I had rather explicitly described as a hobby historian only, which was vital for the presentation of the events in Nicaraguan collective memories) and also, rather unfortunately, has always “corrected” the title of El Nicaraguense to El Nicaragüense. The latter is the correct spelling, but at two times in my essay I explicitly referred to the filibusters’ neglect of and disconnect with the Nicaraguan population, exemplified, amongst other things, by the misspelled title of their periodical. Too bad that this example now looks rather absurd throughout the text.

Additionally, while tons of my own grammatical and syntactical errors have thankfully been corrected, some new ones have been inserted, and — what is more annoying — at least once a reference to the New-York Daily Times (the forerunner of today’s New York Times) has been changed to the New-York Daily News, a title that, as far as I know, did not exist at the time.

Most of these concerns could have been put to rest if the editor had only send me back his corrections and asked for my imprimatur, but it is not the first time in academic publishing that I found that step missing. And I miss it sorely! There seems to be only time for one round of (copy-)editing and then directly the text goes off to be printed. Is that really standard procedure now in publishing academic articles?

Apart from such nuisances, I am quite happy to have had the opportunity to publish again on the filibusters, and especially (as mentioned: for the first time) in Spanish. Even better, still, that the article can be consulted for free on the web (here), which means that Latin American scholars, who often lack funds for the purchase of journals, can have access to it. If that need ever arises…

And, for anybody interested in the original argument of my (somewhat longer) article, I will upload it here (after editing out some, but definitively not all linguistic mishaps). Enjoy the read!