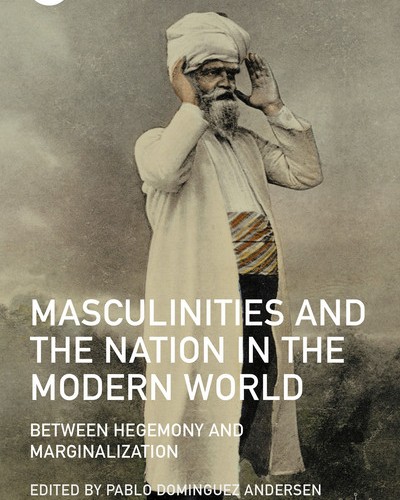 It might seem that Palgrave Macmillan turns into my preferred publishing outfit but it must count as sheer coincidence that another article of mine (originally a paper read at a conference in 2012) has been published by this editorial. It is called “Martial Men in Virgin Lands? Nineteenth-Century Filibustering, Nation-Building, and Competing Notions of Masculinity in the United States and Nicaragua” (once again one of my awkwardly long titles) and investigates the conjunctures between differing forms of (re-)presenting gender norms and forms — specifically masculinities — and the expansionist designs of the filibusters in Central America.

After reading the paper and receiving a lot of helpful hints at the conference, I was able to turn this into one of the best chapters of my PhD thesis (to be published by Palgrave as well); and I am happy that the conference organisers also included it in the volume Masculinities and the Nation in the Modern World. Between Hegemony and Marginalization, which forms part of the series Global Masculinities, edited by Michael Kimmel and Judith Kegan Gardener. The introduction to this book can be found here.